Bill bought a piece up property up near Flagstaff and Sunset Crater. For a while I fantasized that I could share those isolated acres with him, but the land had no water and Bill had no heart. The ground was sandstone half covered in gritty hills of tiny lava stones, punctuated by thirsty junipers suffering a murderous plague of boring beetles. The place was as heartless as Bill, but I loved them both, just the same.

Bill showed me that pottery floats to the surface on a sea of lava pebbles. After I spotted a couple of shards I caught the knack. I’d wander about by myself and pick up fragments—red, black, even glazed white with painted designs. I also picked up bones and rocks, followed animal tracks, watched the huge horned owls hunt at dusk.

One morning Bill handed me a bag of mushrooms and I spent a day under a huge desert ironwood dying slowly of thirst near a small black and red outcrop. Mostly I stared up, watching time spin into endless fractals and eventually disappear. These are the spaces between moments when the small gods come. A crone who lived in the tree, or was the tree, or was in air around the tree taught me to walk into the past, so I spent a thousand years wandering in that time between sunrise and starlight.

I’m glad that I took that journey even though Bill turned out to be a sociopath who liked to grind women into nothing before he discarded them. I was wounded when I met him and uncharacteristically near suicidal by the time he left me. Soul-sucking (I learned, talking to his string of exes) turned out to be his superpower. So this assemblage was an exercise in reassembling myself from fragments, rediscovering each piece of my soul, like a shard floating to the surface on a sea of dry, crumbled lava, and gluing myself back together, peace by peace. 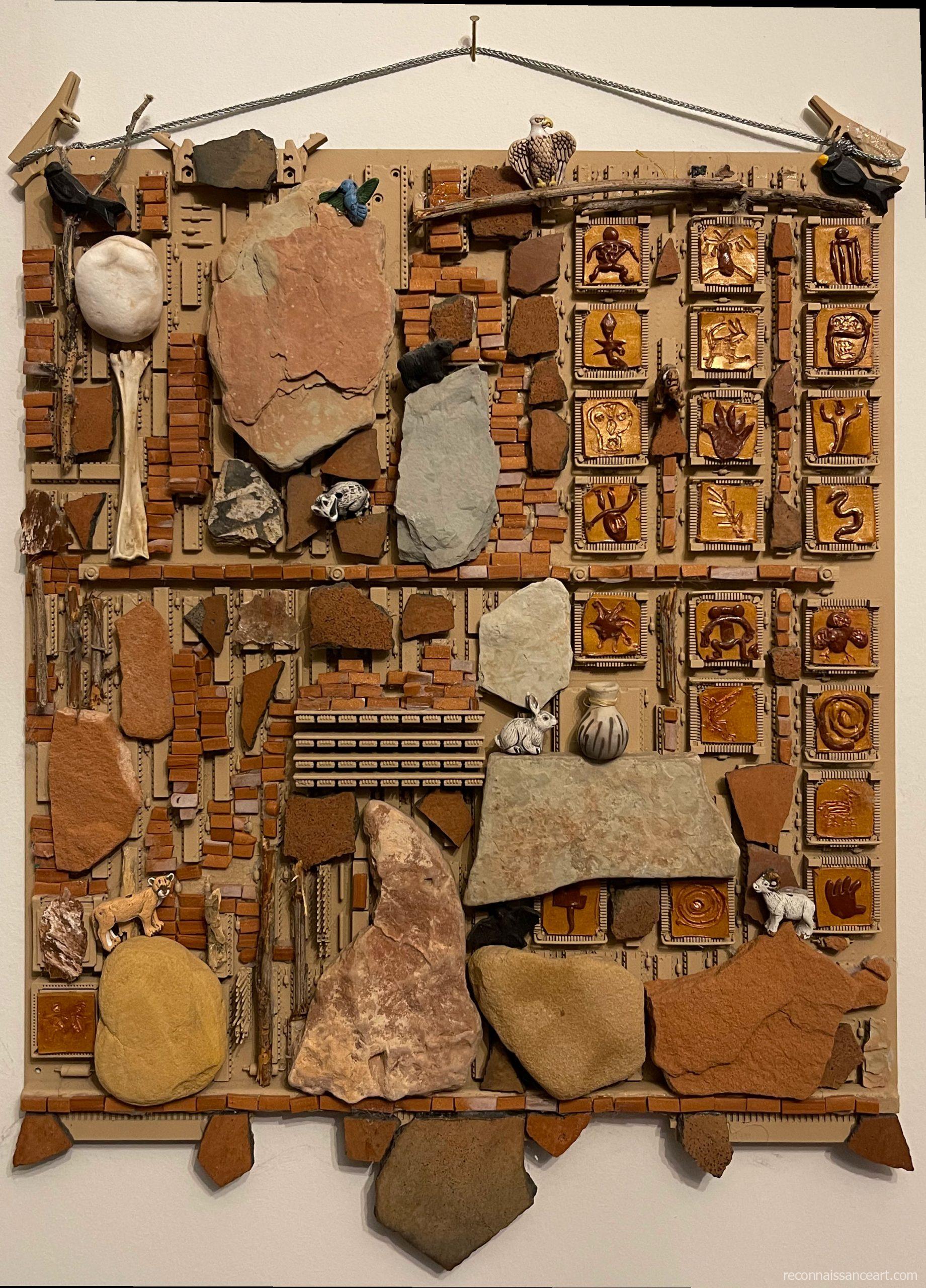